Mount Merapi on Java is among the most dangerous volcanoes in the world. Geoscientists have usually used seismic measurements which illustrate underground movements when warning the population of a coming eruption in time.

An international team including scientists from the Technical University of Munich (TUM) has now found another indication for an upcoming eruption in the lava from the peak of Mount Merapi: The uppermost layer of stone, the "plug dome", becomes impermeable for underground gases before the volcano erupts.

"Our investigations show that the physical properties of the plug dome change over time," says Prof. H. Albert Gilg from the TUM Professorship for Engineering Geology . "Following an eruption the lava is still easily permeable, but this permeability then sinks over time. Gases are trapped, pressure rises and finally the plug dome bursts in a violent explosion."

Mount Merapi as a model volcano

Using six lava samples, one from an eruption of Mount Merapi in 2006, the others from the 1902 eruption – the researchers were able to ascertain alterations in the stone. Investigation of pore volumes, densities, mineral composition and structure revealed that permeability dropped by four orders of magnitude as stone alteration increased. The cause is newly formed minerals, in particular potassium and sodium aluminum sulfates which seal the fine cracks and pores in the lava.

The cycle of destruction

Computer simulations confirmed that the reduced permeability of the plug dome was actually responsible for the next eruption. The models show that a stratovolcano like Mount Merapi undergoes three phases: First, after an eruption when the lava is still permeable, outgassing is possible; in the second phase the plug dome becomes impermeable for gases, while at the same time the internal pressure continuously increases; in the third phase the pressure bursts the plug dome.

Photographs of Mount Merapi from the period before and during the eruption of May 11, 2018 support the three-phase model: The volcano first emitted smoke, then seemed to be quiet for a long time until the gas found an escape and shot a fountain of ashes kilometers up into the sky.

"The research results can now be used to more reliably predict eruptions," says Gilg. "A measurable reduction in outgassing is thus an indication of an imminent eruption."

Mount Merapi is not the only volcano where outgassing measurements can help in the timely prediction of a pending eruption. Stratovolcanoes are a frequent source of destruction throughout the Pacific. The most famous examples are Mount Pinatubo in the Philippines, Mount St. Helens in the western USA and Mount Fuji in Japan.

The three phases of a Stratovolcano 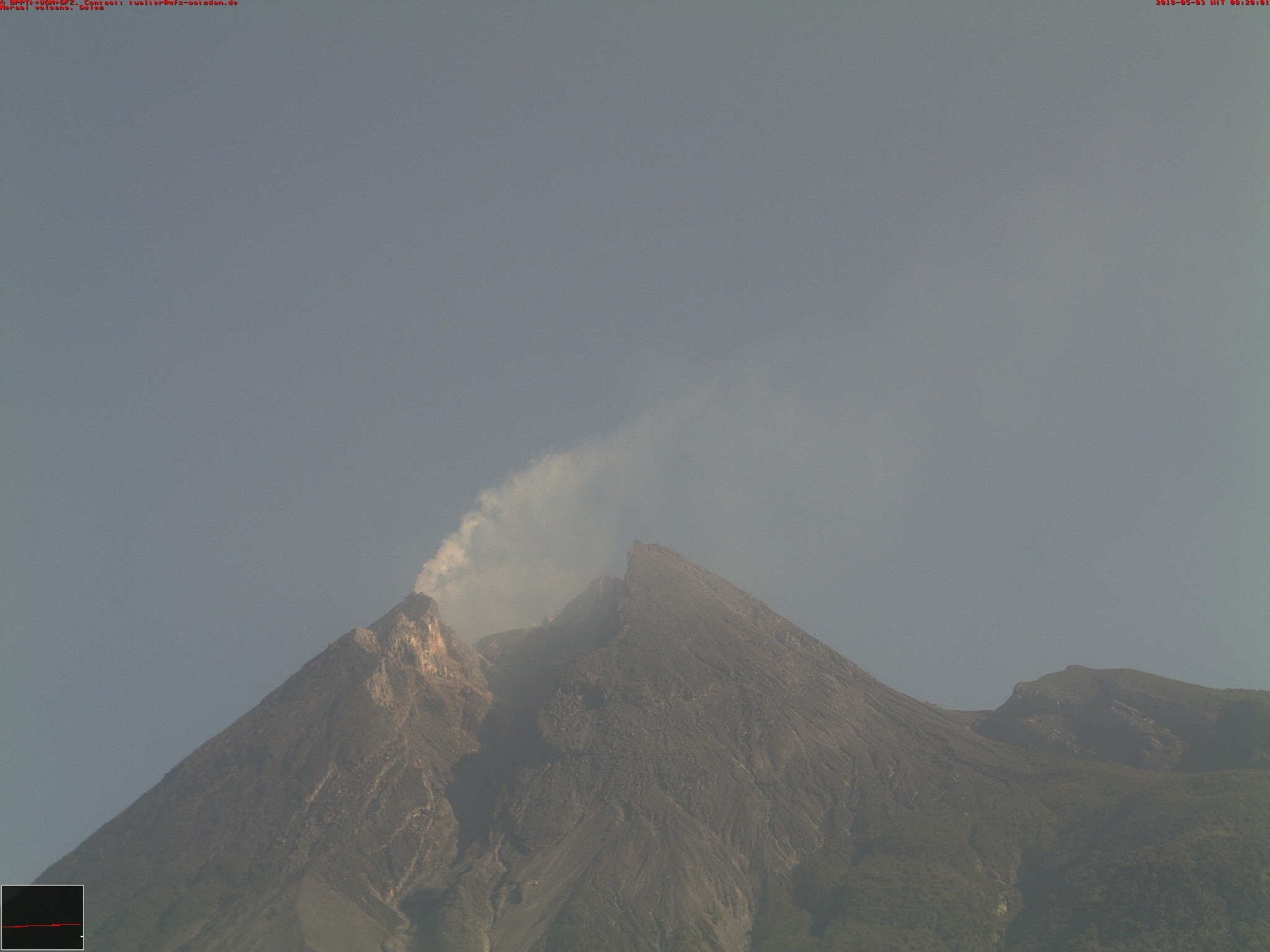 Photographs of the Merapi from before and during the eruption on 11 May 2018 speak for the three-phase model: Gas footsteps can be seen on the Feuerberg on 3 May. 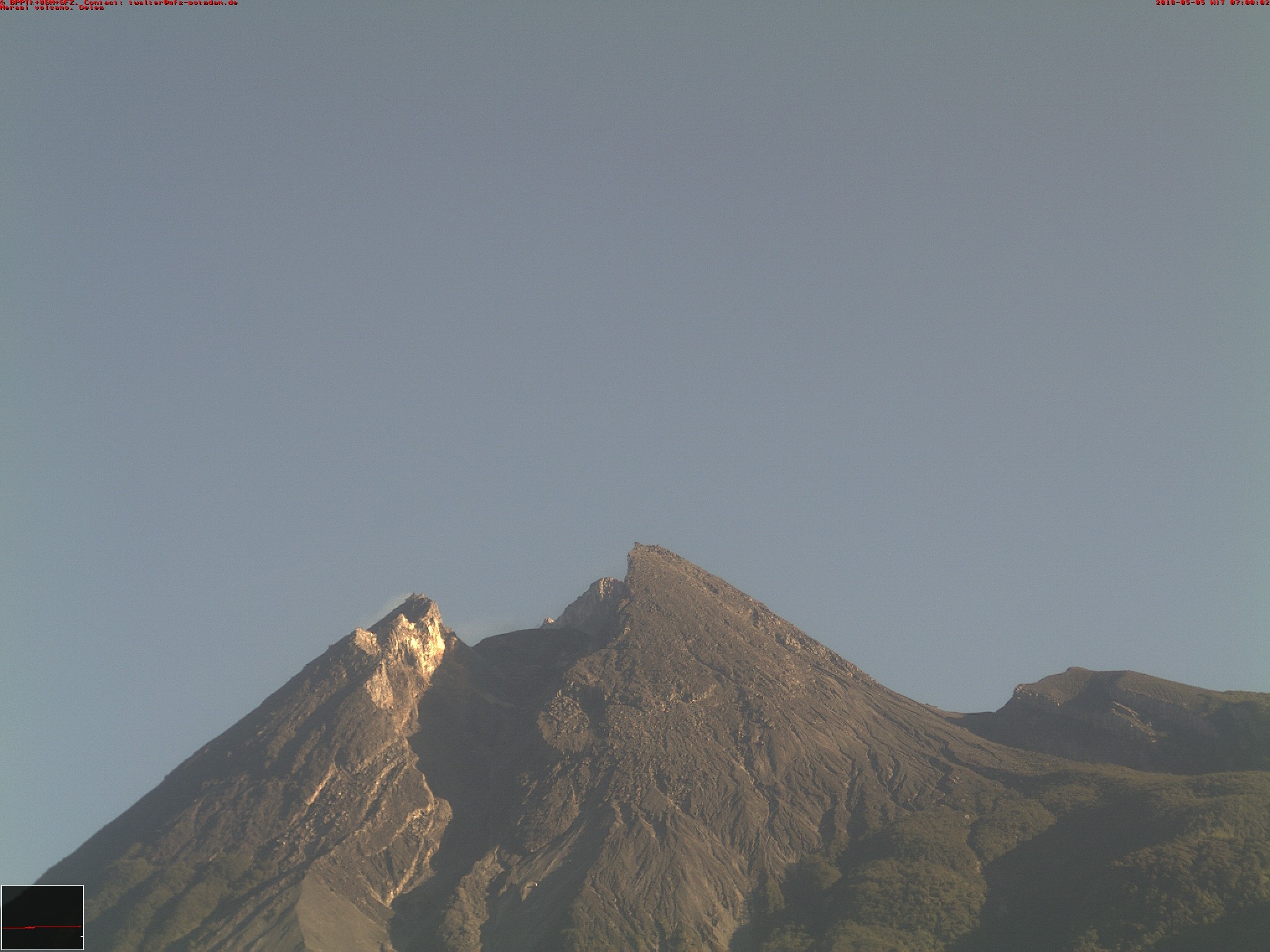 In the second phase, the plug dome has become impermeable and the plume of smoke has disappeared. 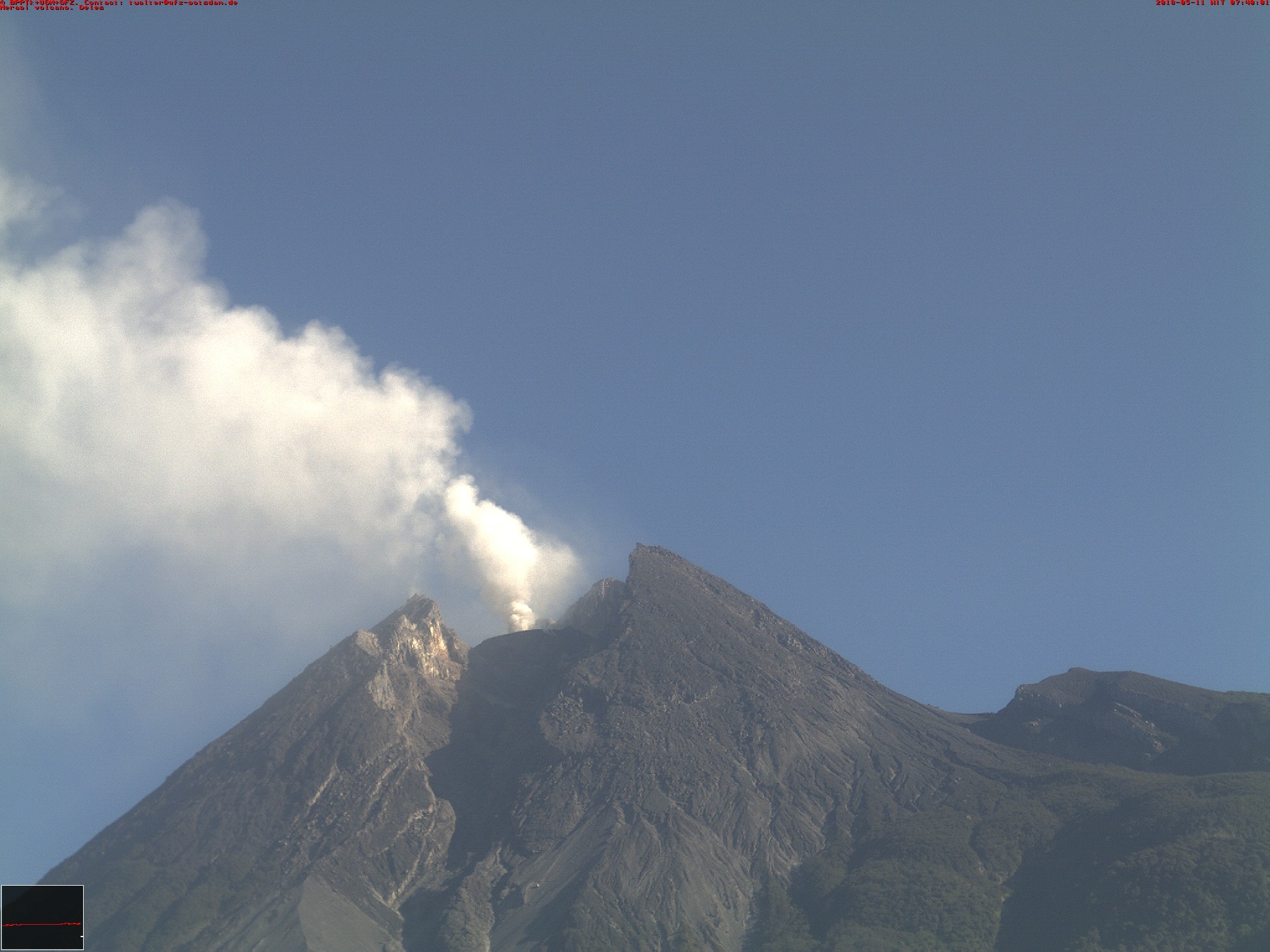 On 11 May 2018, the pressure inside was relieved by another outbreak.