Coronavirus: University operations under restrictions until at least 3 April 2020 at midnight +++ www.tum.de/corona

Changes in the blood vessels are a hallmark of numerous brain disorders – from traumatic brain injury to stroke. Even diseases such as Alzheimer's show changes in the fine capillaries. In short, analysing the blood vessels is key to understanding both normal and pathological brain function. “Now we have come much closer to achieving that goal”, explains Ali Ertürk, Director of the Institute for Tissue Engineering and Regenerative Medicine at Helmholtz Zentrum München and Principal Investigator at the Institute for Stroke and Dementia Research at the LMU University Hospital Munich.

As a first step, Ertürk’s team succeeded in visualising the vascular system of mouse brains with high-resolution fluorescent microscopy without having to cut up the specimens into small sections. In order to do this, they refined the technique of tissue clearing, in which biological tissues are treated with special dyes to render them transparent for fluorescent microscopy. “Previously, this technique could only be used to scan either the large vessels of the brain or the small ones”, says Mihail Ivilinov Todorov, a doctoral student studying under Ertürk. Therefore the Munich-based scientists took the new approach of combining two dyes. “That gave us some great images of the brain vasculature including the capillaries”, adds the biologist.

Applying artificial intelligence, researchers from the team led by Björn Menze, Professor for Machine Learning in Biomedical Imaging at the Technical University of Munich, used these images to reconstruct the entire vascular network of the brain right down to its finest details. Such a reconstruction yields more than just images – it also allows a quantitative analysis of the vascular structures. “For example, we can statistically record the diameters of the various blood vessels or their bifurcations for different areas of the brain”, says Johannes Paetzold, doctoral student in Menze’s group.

“Over the past few years, we have developed a deep learning algorithm that specialises in detecting blood vessels in medical images”, Menze explains. “This was the first time we applied it to a whole brain.” The algorithm was able to reliably distinguish between blood vessels and other tissue even though some areas in the original fluorescence images were not well-illuminated and some details were distorted due to light reflections or other errors.

Mihail Ivilinov Todorov plans to use the statistical data in order to investigate vascular changes caused by stroke, while Björn Menze is looking to study the global structures of the vascular system in order to understand the role of anatomical differences in brain disorders, for example.

The method could also be used in everyday clinical practice: “With our system, we are likely to be able to analyse the small tissue specimens from human tumours with greater accuracy”, Ertürk asserts. Cancerous tissue is permeated by blood vessels, and analysing their structure helps in staging a tumour. “This may have an optimising effect on treatment”, Ertürk adds. The biologist also plans to use the new method to realise his vision for the future: the production of human organs on a 3D printer. For that to happen, a knowledge of the organ’s precise vascular structure – among many other things – will be vital. 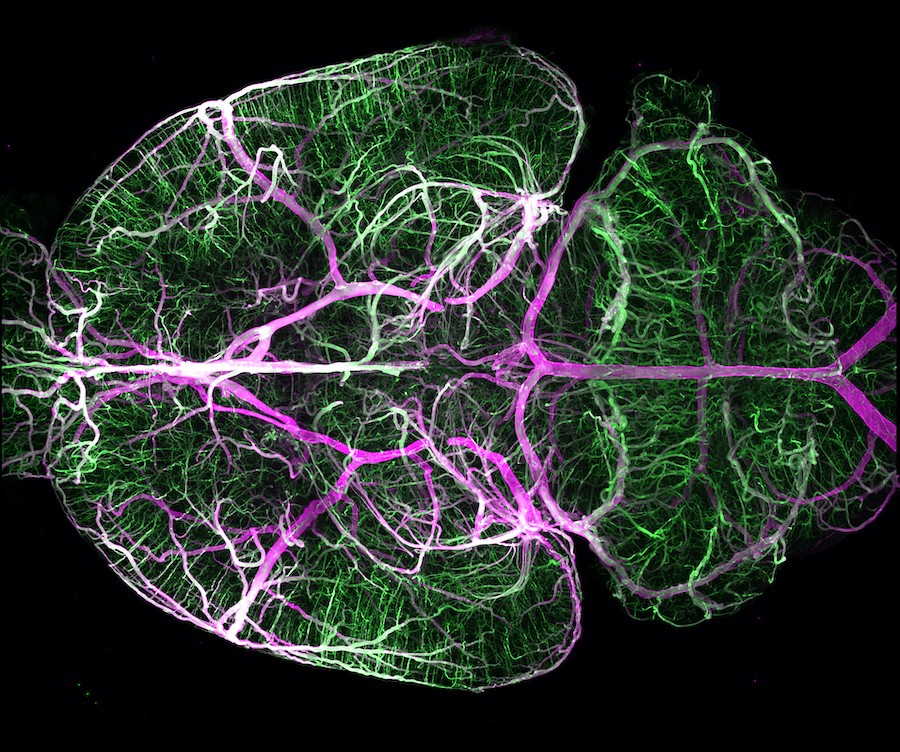 Image of the complete brain vasculature of a mouse created using high-resolution fluorescent microscopy. The blood vessels were dyed and the surrounding tissue was rendered transparent using a technique known as tissue clearing. Using two different dyes allowed the scientists to label large (purple) and small (green) vessels in one image. 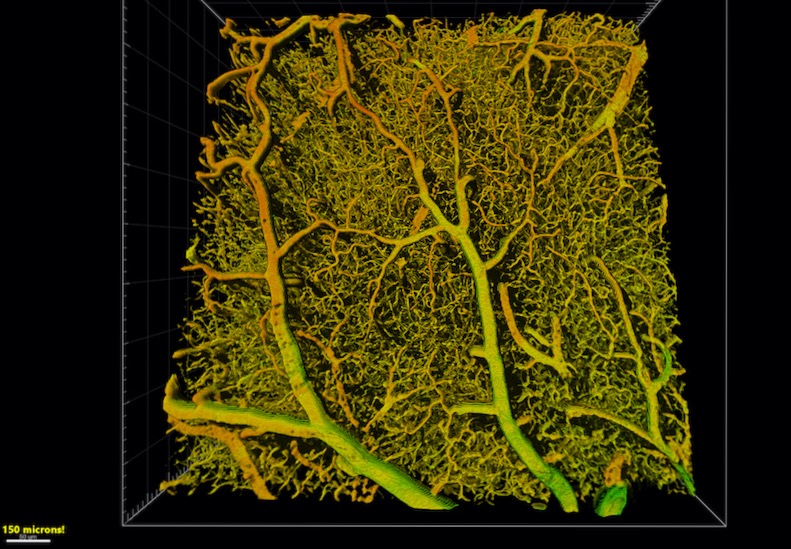 Detail of the brain vasculature of a mouse reconstructed using deep learning.

Detail of the brain vasculature of a mouse reconstructed using deep learning. The reconstruction is based on an image created using high-resolution fluorescent microscopy. 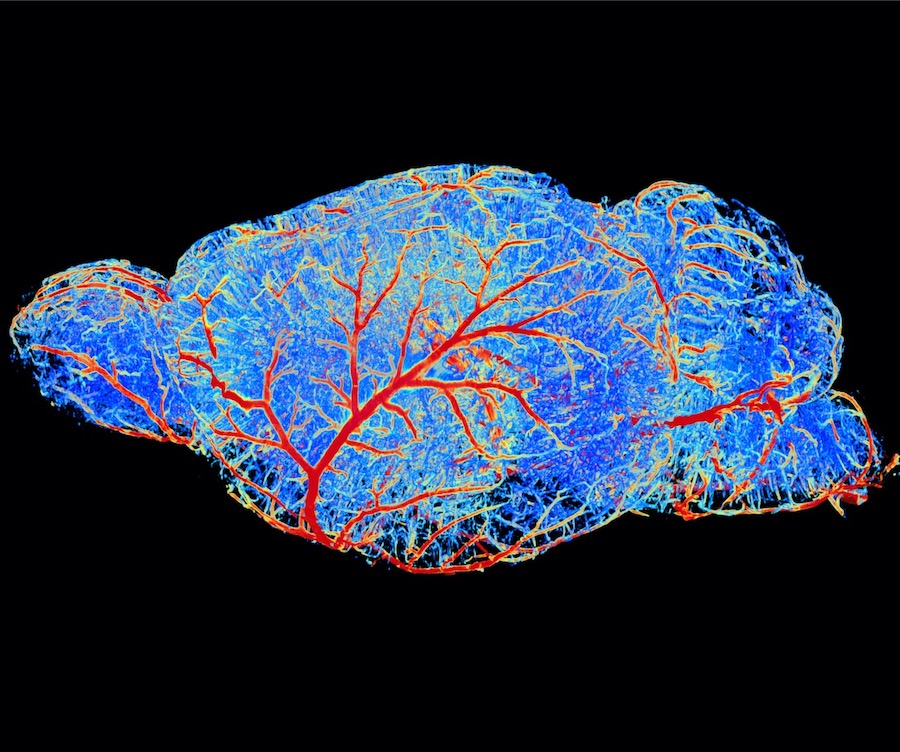 Reconstruction of the brain vasculature of a mouse created using artificial intelligence. The applied algorithm makes it possible to determine the diameters of the blood vessels.

Reconstruction of the brain vasculature of a mouse created using artificial intelligence. The applied algorithm makes it possible to determine the diameters of the blood vessels. Vessels marked in red have the largest diameters, those in blue the smallest.