Coronavirus/COVID-19: Get vaccinated on campus in Munich and Garching – for students and staff +++ Find all current corona information on www.tum.de/en/corona

During the inaugural ceremonies, Bavaria's Minister President Dr. Markus Söder emphasized the significance of future-oriented aerospace and aviation topics for industry in Bavaria: "Bavaria is to become Germany's Space Valley." In the future as many as 4000 students will study at the TUM campus, which is spread between the two neighboring municipalities of Ottobrunn and Taufkirchen. There will be a total of 55 professorships by 2030, 23 of which have already been filled.

Minister President Söder was highly enthusiastic about the "largest aerospace faculty in Europe," referring to a true "Mission of the future." The expansion is part of the Hightech Agenda Bavaria and will receive a total of approximately 3.5 billion euros in funding from the Bavarian government. Participants at the inaugural ceremonies included Bavarian Minister of Science and the Arts Bernd Sibler and Bavarian State Minister for Housing, Construction and Transport Kerstin Schreyer, among others.

TUM President Hofmann said: "By founding a new department three years ago, TUM embarked on the journey to make the Ottobrunn/Taufkirchen campus, with its focus on aerospace, aeronautics and geodesy, a reference point for all of Europe. For newly appointed professors from around the world, the departmental building we are opening today will become a home base where their scientific activities can flourish freely."

A focus on the earth

Hofmann added that research was however to focus on the earth and on societally relevant topics such as climate change. He pointed out that satellites can for example measure changes in sea level with previously unknown precision.

TUM utilizes intensive collaboration with industrial partners when training its students. The inaugural ceremonies included the signing of a Memorandum of Understanding with the ArianeGroup, one of whose most important sites is located in the immediate vicinity of the new building. In the future students will be able to complete their degree thesis projects directly at the aerospace concern and to participate in practically-oriented development projects.

TUM is already pursuing this Industry-on-Campus strategy with other companies. "Future-oriented leaps in technology are not achieved by lone warriors, but rather result from strategic partnerships and coordinated teamwork," TUM President Hofmann observed. 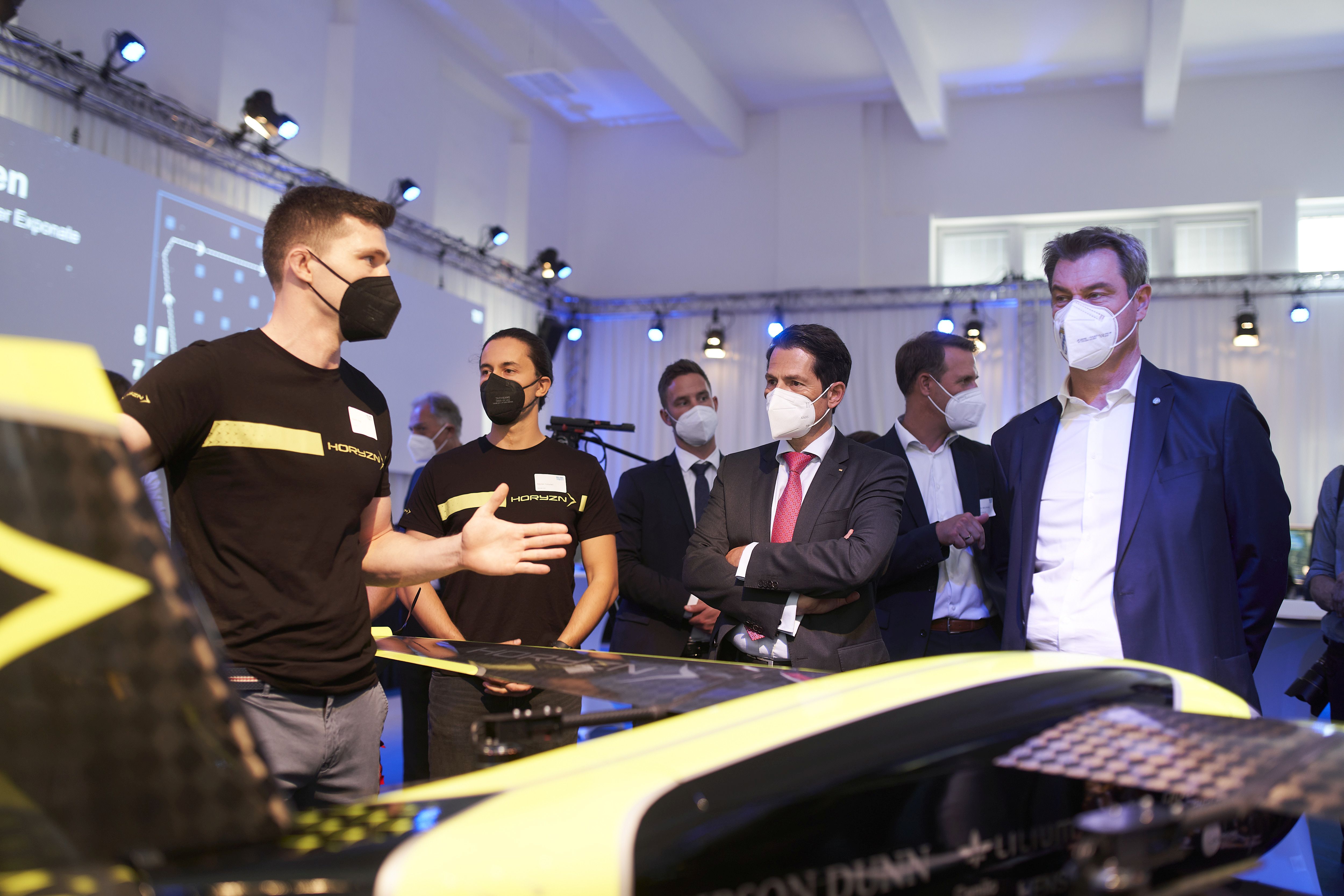 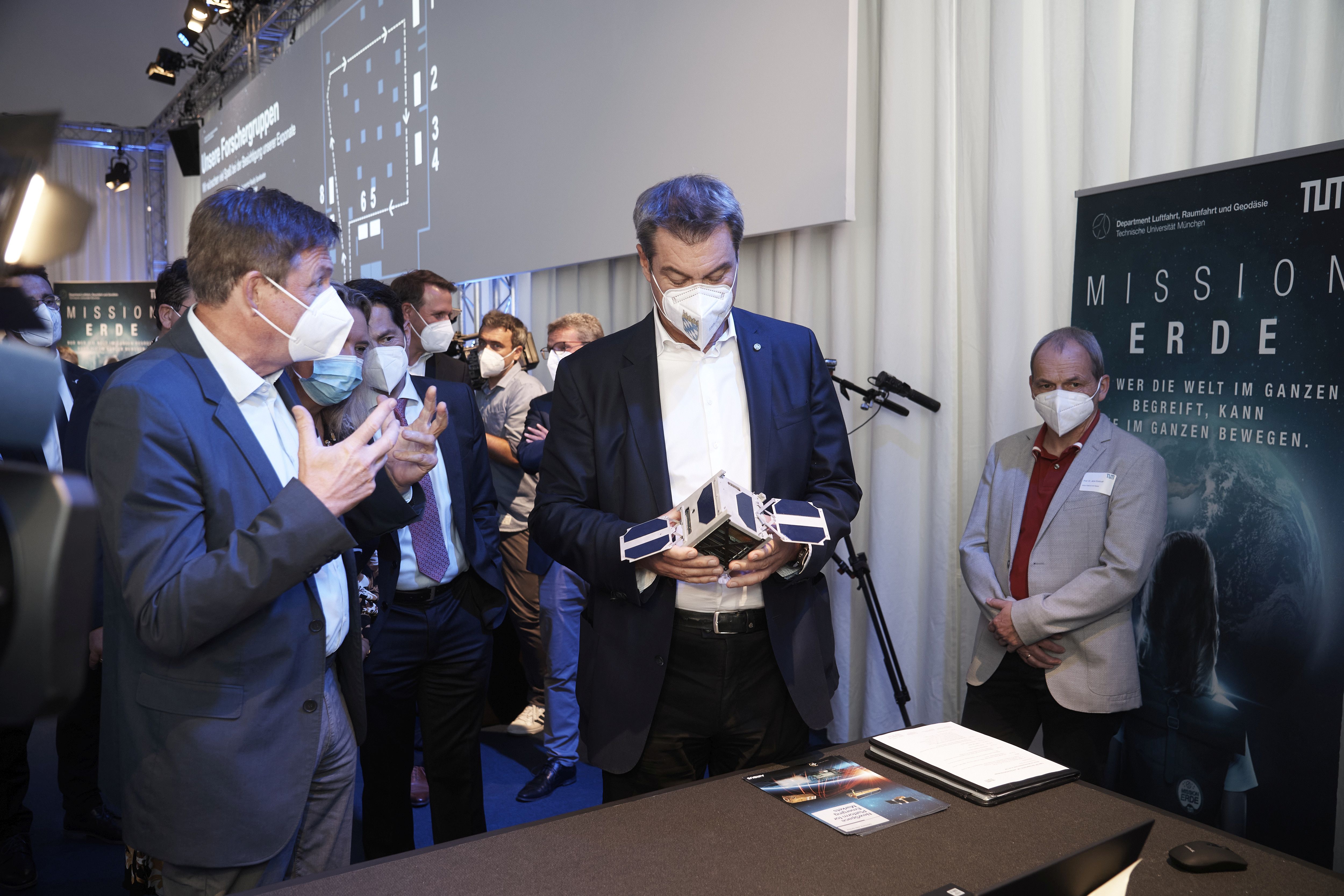 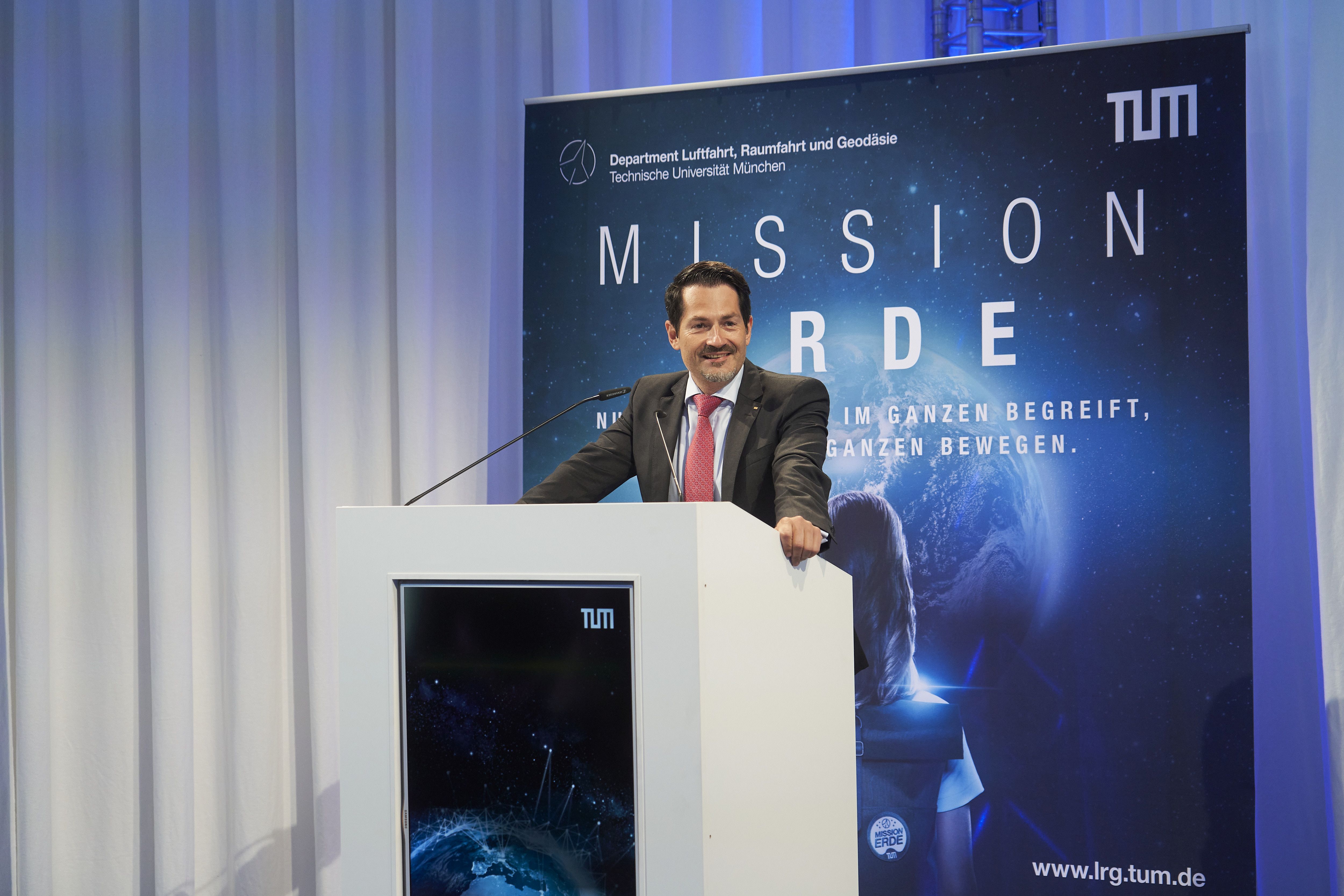 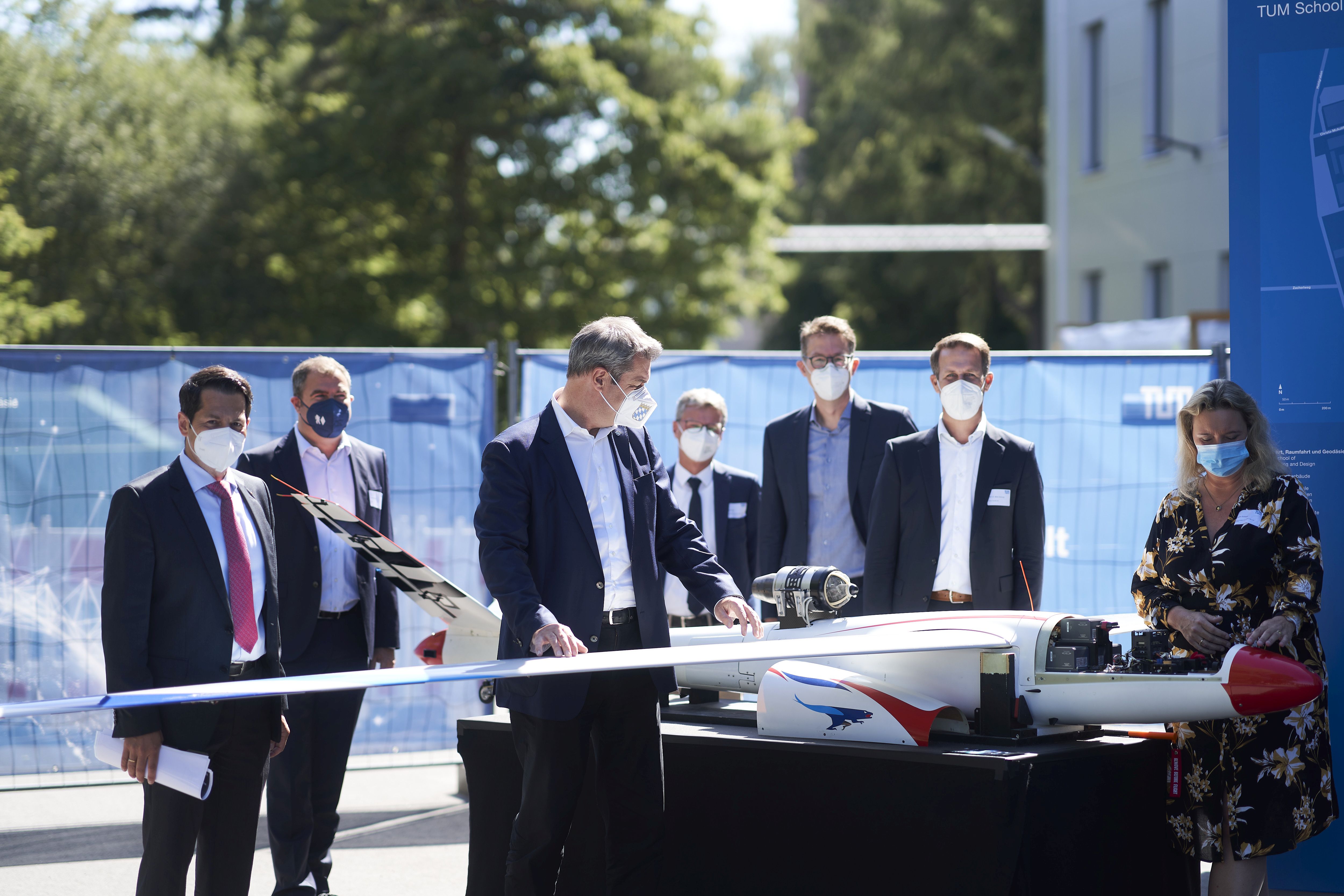 The guests of the celebration look at a drone

From a satellite laboratory to a defibrillator drone

Numerous research projects were presented during the inaugural event: The Microsatellite Rapid Development Lab is a simulation and testing facility for satellites, while the Augmented Reality sandbox can simulate the impact of changes in terrain, for example on the behavior of rivers, and render it in easily understandable form.

The student projects TUM Hyperloop, a vacuum tube passenger transport system, and Horyzn, a defibrillator drone for emergency missions in remote areas, attracted the most attention from the prominent guests of honor at the event, representing politics, research and the community.

Department of Aerospace and Geodesy